Twenty ICOs to Watch in March

With some eighty cryptocurrency ICOs scheduled to launch this month, we turned our attention on the various contenders to find the most promising ones.

PikcioChain provides regulatory compliant collection, exchange, and verification of personal info through a secure data eco-system which gives users control over how to share data.

Auctus is an Ethereum smart contract-powered platform for retirement plans. It supports both traditional as well as cryptocurrency assets. It also provides robo-advisory and even optimizes portfolios. 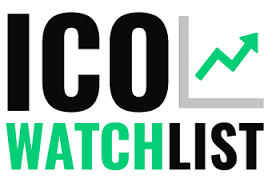 AdMine is a platform that monetizes online advertising activities on search engines allowing them to choose what advertisements to see and then paying them for viewing, sharing personal data, and participating in the campaigns.

Current is a blockchain-powered streaming platform that rewards its users for their time, data and attention along with letting them determine how to stream and then pay for their media.

Amon is a Cryptocurrency debit card which features a multi-crypto wallet and uses Artificial Intelligence to provide the best crypto-exchange rate for purchases.

VLB or Vehicle Lifecycle Blockchain is a decentralized registry of all vehicle-related info, including that of insurance, ownership, maintenance and repairs of the vehicles.

Etherty is a blockchain-based real estate platform that enables users to buy, sell, and trade international properties with a minimum bank account balance of only $1,000.

SuccessLife is a platform for business development content generated by industry leaders in courses, seminars, and even events.

IZX is a blockchain-based game platform that offers players, developers, and advertisers a cryptocurrency wallet where all the successes and failures are noted.

True Reply is creating a voice-based eco-system for data collection that permits businesses to send incentivized surveys to earn cryptocurrency (TrueCoin) as a reward.

Incremint is a blockchain-based escrow solution that allows issuers to allocate and then escrow a percentage of their ICO funds which could be released after meeting specific milestones and the approval of the token holders.

Octobase focuses on making blockchain technology more accessible to people through building an interface that is simple and secure.

Cvproof is a blockchain-based platform that virtually validates CVs , checking career credentials, offering an incentive model in the job market through INK tokens.

NKOR is creating a blockchain-powered marketplace for intellectual property which provides new standards for verification of data to help content creators.

New Era Energy (NERA) is a blockchain-powered platform which measures the clean energy footprint of organizations to accelerate clean and renewable energy adoption within Southeast Asia.