This event marks yet another case of what is dubbed in the virtual currency realm “cryptojacking.”

What Exactly Is ‘Cryptojacking’? 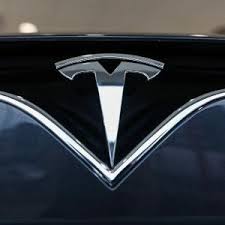 Cryptojacking is a process where hackers deploy software that exploits a computer’s CPU to mine cryptocurrency.

This month it was revealed that hackers had deployed an altered version of the plugin Browsealoud to a number of government owned websites in the U.S. and the U.K.

This particular version of Browsealoud infected the government sites with Coinhive mining code, which is used to generate units of privacy-focused cryptocurrency monero.

Tesla’s cloud system was basically hijacked by hackers who used it to mine cryptocurrency, according to our sources.

Hackers were able to then infiltrate the Kubernetes admin console due to the fact that it was not password protected, cybersecurity firm RedLock said in a statement on Tuesday.

Kubernetes – for those of you that dont know –  is a Google-created system for the purpose of optimizing cloud apps.

Tesla further stated to CBNN that it did not see any initial effect on customer data protection or the security of its cars.

2018-02-22
Previous Post: 11 CryptoCurrency Trends We Predict For 2018
Next Post: The History of Cryptography Taught Via New Game