LTC and Dogecoin are “Being Abandoned” by Devs

A recent report from Electric Capital, A California-based Crypto Venture firm takes a deep dive into the development activity of major Cryptocurrencies on Github. The report released on March 6th claims to have analyzed over 3,000 Blockchain projects, 20,000+ code repositories, and sixteen Million commits.

Even though the crypto markets have taken a hit in the past year, some projects like Ethereum have managed to attract more devs to work on the project.

While Bitcoin’s developer ecosystem stays healthy many of its forks do not have consistent developer activity.

Litecoin and Dogecoin “being abandoned” by developers

The report categorizes Litecoin and Dogecoin among the forks of high network value coins and describes both the projects as “being abandoned” by developers due to the low development activity in the past year. 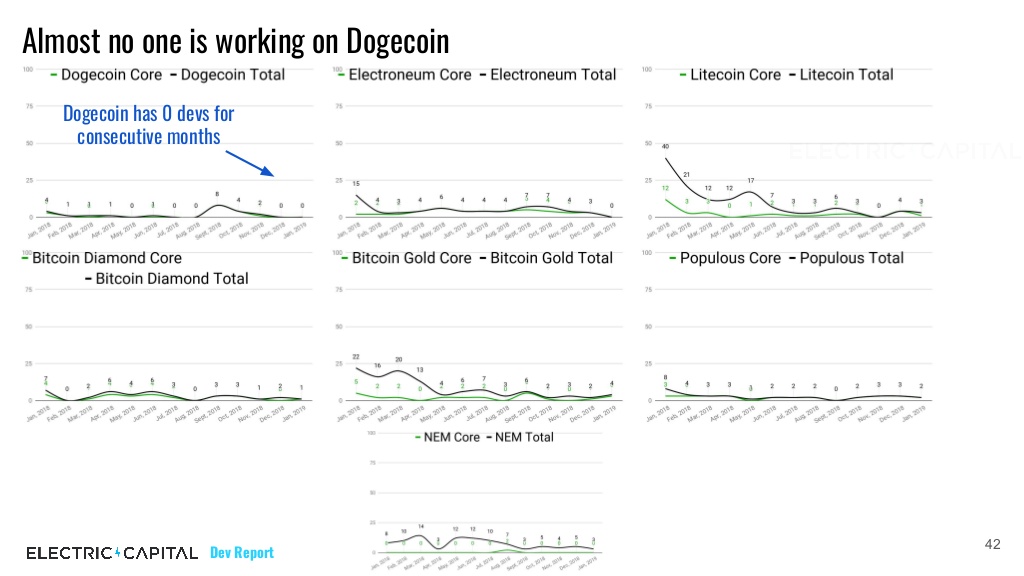 Litecoin fell from forty active developers in January 2018 to just three developers within a year.

Since June of last year, the protocol has had less than double digit developers and at times even zero developers working on it. 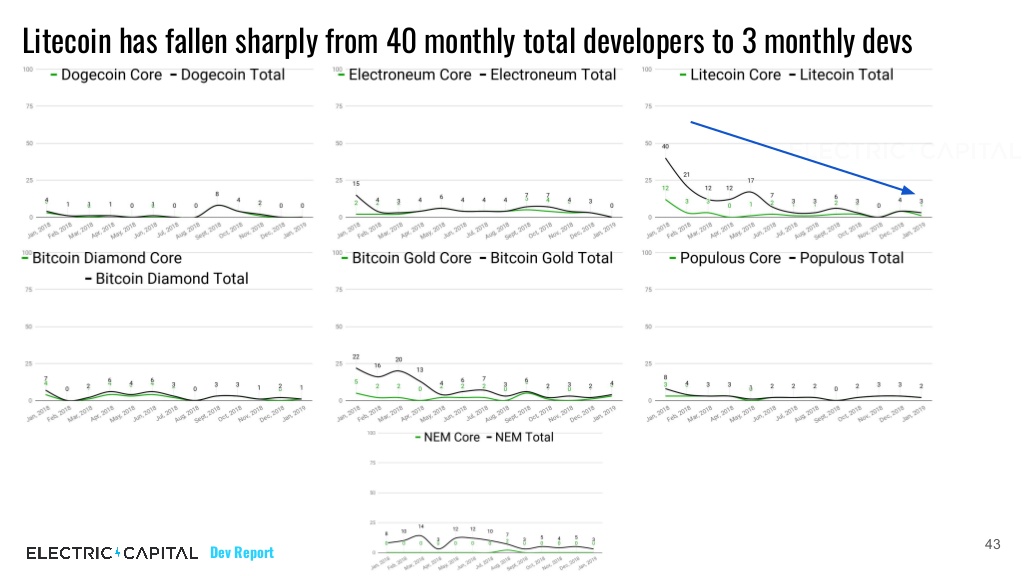 Many projects who are being abandoned by developers are forks of high network value coins. Dogecoin has no developers for consecutive months; Litecoin fell from forty monthly developers to three developers in the last year; and forks like Bitcoin Diamond and Bitcoin Gold have had fewer than five developers a month since October, 2018.

Lower developer activity does not necessarily mean that the project is obsolete, while smart contract platforms have more developer activity due to dApps projects that are trying to be internet money do not need the same amount of development. Nevertheless, it is not a great sign when there are zero developers working on a project at any given time.

Investors have to rethink their investment strategy in Cryptocurrencies that have little to no innovation over Bitcoin. Even though Litecoin and Dogecoin have lesser developer activity they have strong communities that have supported the projects for quite some time.