Cryptojacking has become the biggest threat to computer users these days. The malware used to perform this task seems capable of mining different cryptocurrencies. A new report claims this trend is linked to a software leak affecting the NSA last year.

Folks who keep an eye on cybersecurity may recall the NSA incident of last year.

A hacker collective known as “The Shadow Brokers” obtained one of the intelligence agency’s tools. That software goes by the name of Eternal Blue. It can sniff out vulnerabilities in outdated Microsoft Systems software. The Shadow Brokers eventually released its code to the public. Since then, it has made the rounds through different attacks. 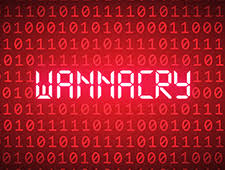 The bigger concern is what the existence of Eternal Blue highlights. Criminals quickly realized there was an unknown flaw in the software they could use to their advantage. Being able to use someone else’s computer resources opens up many new illicit business opportunities. Researchers are confident Eternal Blue’s theft is the main reason why cryptojacking is such a prominent trend today.

Eternal Blue isn’t  just used for cryptojacking purposes either. The software has been embraced by hacker collectives across Russia and North Korea, too. The outbreak of WannaCry and NotPetya is also linked to this NSA toolkit. It is evident the public release of this tool has potentially caused a lot of unforeseen consequences. Until something changes, it seems likely illicit cryptocurrency mining will remain an increasingly popular trend.

It will be difficult to confirm if Eternal Blue is fully responsible for this cryptojacking trend.

One could also argue the leaking of this NSA tool has alerted the world to a major flaw found in the Microsoft Systems software. If no one knew the problem existed, researchers wouldn’t even know where to start. Addressing the illicit cryptocurrency mining trend will be very difficult for the foreseeable future. 2018 has seen a 457% jump in illicit cryptocurrency mining cases compared to last year.

The “free money” generated through cryptojacking causes plenty of concerns. It also means criminals will continue to explore the business model moving forward. This is understandable due to the ease, potential profit, and lack of consequences associated with such hacks for criminals. It is now up to professional security researchers to come up with viable countermeasures to avert damage for consumers.