Difficulty Adjustment on The Horizon

Miners have been attributed to much of the price decline from the $6,000 range, and they may very well be responsible. When miners flocked to Bitcoin Cash before the SV fork to chase double rewards, Bitcoin started to tumble.

As prices continued to drop, so did the number of miners forging blocks. However, they still may be the saving grace that turns the entire market around.

The Bitcoin hashrate briefly reached an all-time high of over 60 exahash per second (EH/s) on November 1, before 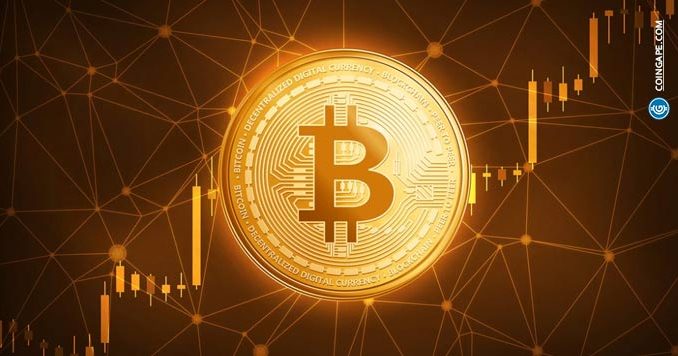 free-falling to recent lows of 35 EH/s, a drop that almost resulted in a halving of hashrate on the network. The total hashrate represents the composite computing power of every miner on the network.

As more and more miners swapped chains or shut off completely, this number continued to dwindle.

Initially, the hashrate reduction was almost undoubtedly caused by the upcoming Bitcoin Cash fork. Miners speculated that the fork would lead to bonus profits, as they will have accumulated two coins versus one. Additionally, players with stake in the fork also moved hashrate to reinforce their favored chain.

Unfortunately, with the price of Bitcoin in free-fall, miners continued to ditch the Bitcoin blockchain after the November 15 fork.

Hashrate continued to fall steadily as unprofitable mining rigs were shut down and miners facing capitulation were forced to sell their units. This occurrence marked a major point of discontent among Bitcoin bulls. With less power going into creating new Bitcoin, the value behind the work of each coin fell, justifying lower and lower price floors for BTC.

Every 2016 blocks, the difficulty required to mine Bitcoin goes through an automatic adjustment.

As blocks are designed to be minted once every ten minutes, this situates the network for an adjustment every two weeks. The goal of the adjustment is to account for changes in the network’s hashrate. If there is a major influx of new miners, blocks will be found too quickly. The inverse is true, and with decreases to hashrate since the last readjustment, blocks are being mined every 10.8 minutes on average, almost 10% slower than expected.

In the past month, mining difficulty is already down 20%.

We’ve already began to see hashrate improve modestly in the past few days. At the time of writing, global miners on Bitcoin combine for 38 EH/s. With the difficulty adjustment, that trend will accelerate – as many miners who had just been sent to a slightly negative ROI will once again turn a profit.

Although the theory that miners are less elastic to change than the price of Bitcoin, and thus create an intrinsic price floor has been discredited in the past month, the growth of mining operations is still undoubtedly a major bull indication for BTC.

Stablecoins currently account for over $2.5 billion in wealth, and coupled with the institutional investors lining up for the January Bakkt launch, there is a lot of money on the sidelines waiting to jump in at any indication of a market reversal. This difficulty adjustment is the next event to come up, and if it can act as a large enough catalyst, things could start turning up for the first time in a long time.

2018-12-19
Previous Post: Audio Patterns Could Be Giving Away Your Passwords
Next Post: Saudi Arabia Joins UAE to issue Joint Crypto