One of the biggest disruptions that blockchain technology delivers is the automation of processes as well as the potential automation of entire organizations. Decentralized autonomous organizations, aka DAOs, are the companies of the future — with no centralized point of failure, absolutely no downtime, and no need for office space or typical employees.

According to a paper on William & Mary Law Review, a DAO can potentially “harness the wisdom of crowds, drive innovation, and grant developers access to capital without submitting to the constraints imposed by traditional Silicon Valley venture capital firms.”

DAOs are essentially meant to be the governance model for running decentralized applications (DApps), with protocols for the collective decision-making needed to keep them heading in the proper direction. 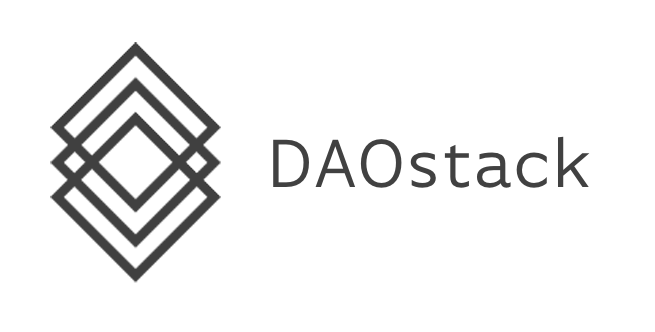 The most disturbing part about the infamous DAO incident was the fact that the founders of The DAO, which we’ll call the Original “OG” DAO in this article to avoid confusion, were made aware of the vulnerability early on in their crowdsale.

However they could not come together with an appropriate decision  in a timely manner and the token sale proceeded. Instead of freezing transactions temporarily, the devs decided to work on the vulnerabilities and bugs in their smart contract simultaneously as the token sale transpired.

Before they could fix the issues the attacker was able to exploit the flaw in the code and drain the ether generated from the OG DAO’s crowdsale. At the time, The DAO held fifteen percent of all ether (ETH) in existence and stored the funds in only a single wallet address.

Only then did they realize that the issues should have been addressed before launching. Despite the Ethereum community instigating a hard fork in an attempt to save the Original DAO, it ultimately collapsed in the end.

It’s these types of shortcomings in governance that DAOstack aims to eliminate by providing an OS that can accommodate true decentralization and autonomy on a global scale.

Recently, DAOstack architect Matan Field spoke to CryptoBuzz News Network about the progress of DAOs, addressing head on the problems faced by the OG DAO.

To Matan, there are two distinct levels in which a governance system on the blockchain can go wrong; and the original DAO hit both of them.

“The OG DAO was flawed at the governance level; here it was attack-able and vulnerable to a participant eager to exploit the rules. There were about eleven attack vectors that were ID’d almost immediately. [Further,] the [Original] DAO was also flawed at the code level in that bad contracts were easily exploitable. This earlier version of DAO did not have a self-fixing mechanism therefore there was no protocol to change the protocol.”

On top of governance fatalities, DAO also had to have progress toward usability.

“The Original DAO was also missing an interface. It was actually quite amazing considering the level of traction it had received when you take into consideration that it didn’t have an interface, so people had to directly interact with the blockchain; it was rigid and there was very little flexibility,” Matan continued.

However, these initial learnings proved to be integral to the progress of DAOstack. In part through an understanding of the OG DAO’s shortcomings, DAOstack’s architects were able to evolve a set of innovative solutions.

Putting DAOs back in the spotlight

Despite the Ethereum network itself not being directly affected by the vulnerabilities the OG DAO suffered, the whole incident dragged the price of ether down to almost half of its pre-hack price and its market value struggled to get back up for the rest of 2016. While this damage was temporary, the incident—and subsequent incidents similar to it – have given DAOs a precarious reputation.

DAO, a term being so close to “The DAO,” has been associated with risk, carrying with it the uncertainty that the tech is not quite there yet. As a result, DAOs have taken a back seat despite the potentials they entail, with a number DApps being governed like remote working companies.

DAOstack believes that putting such a promising innovation on the back burner is not the solution, so rather, they’re targeting the gaps.

DAOstack aims to be providing a governance toolkit that would help ensure the governance aspect of blockchain companies doesn’t fall behind.

Development and troubleshooting remain unimpeded: bugs can be caught, and solutions identified, voted on by the global community, and deployed before nefarious parties get to them first.

“Another criticism of the [Original] DAO,” Matan noted, “was that even if it was not exploitable, who said that the token holders would make good decisions? And I completely agree with that. Although our Arc framework can do anything, we’re basing our enitre system, or at least our initial system, on the basis of reputation rather than a token-based voting system.”

Expertise matters in expanding technology fields, so this reputation-based system will ensure that people who can demonstrate high utility within an ecosystem will have stronger governance positions than the newcomers.

While DAOstack has improved security measures over the DAO on multiple levels, perhaps their most significant difference is that, for its own DAO (called the Genesis DAO), they will not store funds directly on the platform.

The heist of the Original DAO was as severe as it was because all of its Ether was stored on one blockchain address. The Genesis DAO will hold its funds in a secure nonprofit, and only move them onto the DAOstack contract during actual use.

Ethereum has opened up a wide array of possibilities, but alongside these possibilities came a larger space for human error, particularly in building smart contracts.

While blockchain technology is enabling new possibilities for DApps, the governance of DAOs still currently depends on a mixture of traditional communication systems.

DAO founders and members use services like Slack, Telegram, blogs, Github repositories, and online voice conference rooms to display proposals as well as discuss and vote on them.

Bug detection from outsiders also goes through online communication channels—a well-intentioned observer would have to email or message founders through social media or other digital messaging platforms to privately inform them of any vectors of attack in their code.

As the world transitions into decentralized business models, collaboration across different time zones presents its own challenges. What the case of the OG DAO demonstrated was some very significant loopholes in the otherwise impressive decentralized organization system:

DAOstack restructures the current topological makeup of governance which is now scattered across different platforms. Smart companies or “agencies” that make up a DAO can easily curate data, vote on proposals and protocol, build up members’ reputation and reward them, set deadlines, as well as monetize projects proposed to the larger DAO; all in one place.

Disrupting DAO governance in a way of yet another disruptive system that continuously powers a substantial percentage of the Internet today: WordPress.

“DAOstack provides the foundational tools for the creation, operation, and governance of DAOs, internally and externally within a broader ecosystem. In a nutshell, it can be regarded as an analog of WordPress for DAOs —it does for blockchains what WordPress has done for the web,” their white paper reads.

“You can see what DAOstack is doing differently. We have flexibility of protocols in Arc; we have verticality of layers for accessibility; we have a javascript library and a user interface.”

Like WordPress itself, DAOstack provides comprehensive, accessible tools that can be used even by newcomers to DAOs.

DAO governance is an urgent area for improvement, and DAOstack has developed this stack that will usher in a new Internet of Work. Capable of addressing the extraordinary demands of the blockchain industry, and one that could easily become everybody’s work set-up in the not-so-distant future.