1. The first EVER lawsuit in China that involves blockchain tech just got decided & the released opinion contains a really detailed blockchain explainer. This is entirely unprecedented and has huge implications for the legitimacy of blockchain tech in China. 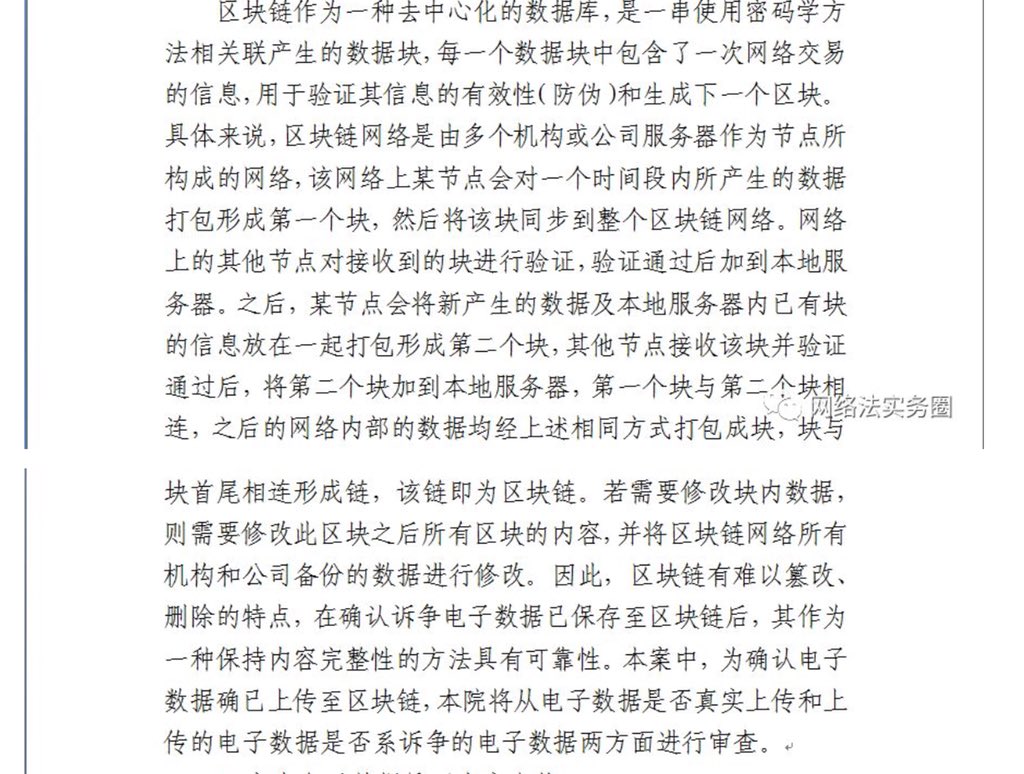 2. The Internet Court of Hangzhou court ruled that data stored on the blockchain is admissible as evidence in trial due to the characteristics of the tech. The facts are pretty basic: a dispute over IP/ copyright on a website.

3. Defendant proved that its content was originally produced by showing two hash values: one on the bitcoin blockchain, another on FACTOM. The defendant had hashed the relevant data onto the relevant chains & proved by way of timestamp that infringement would’ve been impossible.

4. Quote (roughly translated): “This court is of the opinion that when the issue at hand involves blockchain technology, an open and neutral attitude must be adopted. We should not reject or impose higher standards simply because it involves new technology”(umm HELL YES!!) – at Wuzhen Internet International Convention Center

5. This is no doubt exciting, but also makes me wonder: when courts in China are arguably more open minded about blockchain tech than the regulatory debates we have seen in the U.S., that’s really saying something. – at Wuzhen Internet International Convention Center