Bitcoin shorts spiked today within hours by about ₿12,000, worth around $89 million, after falling for the past week to a recent low of ₿21,000 following a bitcoin price rise by $500 yesterday to a recent high of $7,300.

The jump today has not had any significant corresponding movement in longs, with price also remaining somewhat unaffected at $7,200 at the time of this writing.

That’s while spot trading volumes remain at around the same levels, now just under $5 billion, with most of the action yesterday in other coins.

It is unclear why shorts spiked so considerably.

Apparently, a lot of traders at once though price may fall, or maybe it is just one trader, or perhaps it is our old friends, Wall Street.

So it could be that Wall Street is back to its old shenanigans of half long and half short, but it may also be that some traders think there will be a short term correction as bitcoin nears resistance lines.

Whether they are right, remains to be seen. 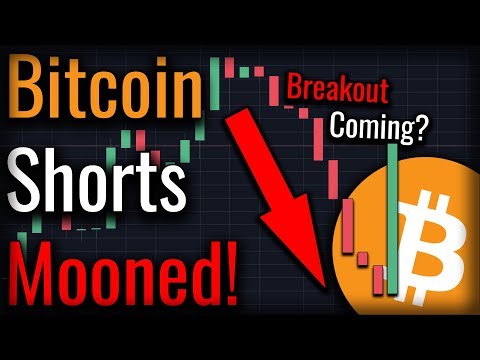 If they are not, all these shorts may add fuel as traders close the short positions, which in effect means they buy bitcoin.

That’s because shorting is – in effect – borrowing bitcoin, selling it in the hope price goes down, then buying it back while pocketing the difference as profit. However if price ends up going up then you end up losing money as you have to buy back the now more expensive btc.

For ethereum, traders there are still very bullish with eth longs now very close to all time high after they kept rising for much of the week.

Eth’s price has also risen in the meantime to now very close to $300, but except for very briefly taking it, it currently looks like bears have put down some barricades of their own.

How this will now develop remains to be seen as a new season nears with holidays over and school will be back on. With it too, a fairly packed calendar for ETH and other coins until Christmas, which may lead some to dream of hope.