Among the most significant changes in Bitcoin Core 0.21.0 is the introduction of “descriptor wallets,” expanding the ways in 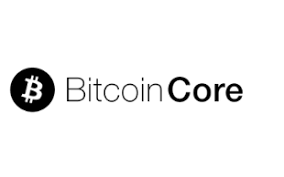 which Bitcoin wallets may be secured.

Where traditional wallets require private keys to move Bitcoin, descriptor wallets instead require scripts, which provide more flexibility on the back end.

These scripts can incorporate private keys, but they aren’t limited by them in the way that traditional “legacy wallets” are.

Release notes for the update clarify that “the differences between Descriptor Wallets and Legacy Wallets are largely limited to non user facing things,” and that legacy wallets will remain the default option in Bitcoin Core, at least for now.

Andrew Chow, one of the developers working on Bitcoin Core, has proposed that legacy wallets be fully removed and replaced with descriptor wallets by 2023.

The new update also adds support for the latest version of the privacy browser Tor, which plans to phase out older versions this summer, due to safety concerns; Bitcoin Core 0.21.0 aims to eliminate compatibility issues for users looking to run nodes over the privacy network.

Schnorr/Taproot—a forthcoming upgrade to the Bitcoin protocol which improves privacy and scalability—appears in Bitcoin Core 0.21.0, too, though it’s not operational just yet. Though the code is included in the update, the Bitcoin mainnet will need to catch up before Bitcoin Core users may take advantage of it.