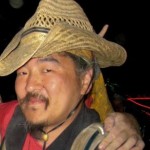 The decentralized finance concept (DeFi) further enforces non-custodial services – user-owned cryptocurrency wallets and Decentralized Exchanges (DEX). Even though DEXes has been with us for quite some time now, earlier versions came with a poor user interface and a cumbersome dashboard that made the user experience uncomfortable. After careful consideration, Sparkle Loyalty’s END_OF_DOCUMENT_TOKEN_TO_BE_REPLACED

The U.S. Federal Bureau of Investigation (FBI) has released an alert that warns private industry in the country about incidents of harassment of victims made by ransomware gangs, such as the well-known Doppelpaymer group. FBI Is Aware of Cold-Calling Tactics by Ransomware Gangs: According to a PIN (private industry notification) END_OF_DOCUMENT_TOKEN_TO_BE_REPLACED

Hackers are using cryptojacking malware as a cover for more serious attacks, according to a report published by security researchers at Microsoft. In a paper published by the tech company’s intelligence team, malicious actors are fronting attacks with cryptojacking scripts to present a decoy from more significant attacks, namely credential theft. The END_OF_DOCUMENT_TOKEN_TO_BE_REPLACED

Bitcoin Transaction You got 50 bitcoins from a friend and 23 from another. But now you want to spend 73 bitcoins on alpaca socks. So you create a transaction: This Bitcoin transaction has 2 inputs and 1 output. However it’s unlikely you’ll have a coin composition that adds up exactly to your desired spend amount. What END_OF_DOCUMENT_TOKEN_TO_BE_REPLACED