Bitcoin lightning has been enabled for some time and has more than two thousand nodes.

Submarine Swaps are an atomic on-chain to off-chain swap service created by Alex Bosworth. It receives your on-chain BTC and pays for your off-chain BTC lightning invoice. It’s an atomic swap which means if your invoice is not paid within a specified time period you can get back the on-chain BTC that you sent. 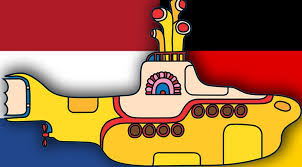 You can try the on-chain tBTC to off-chain tBTC swap at https://submarineswaps.org/. The atomic swaps rely on a script contract that is similar to the following:

Same chain swap is good but cross-chain swap is even better. I forked the submarine swaps project and make it able to swap on-chain LTC to off-chain BTC. Now users can pay BTC lightning invoice with on-chain LTC.

Here is how the cross-chain swap works: