æternity, the blockchain 3.0 platform has announced that their blockchain will immortalize urban street art forever with the launch of the Drone Graffiti Project, a collaboration with a number of leading art studios and tech startups.

Coinciding with Mexico City’s Art Week February 8th – 10th, 2019, a city that when it comes to street art, is up there 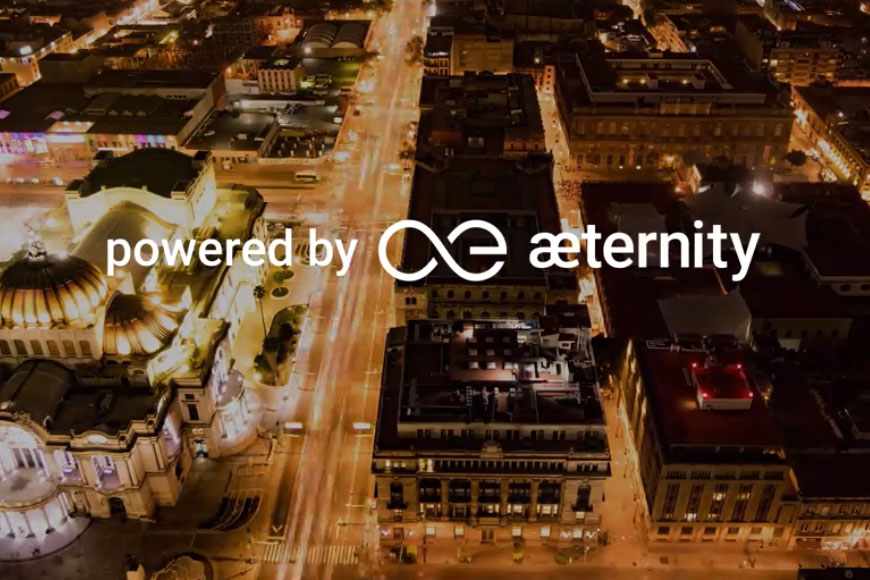 on the world stage, the Drone Graffiti Project will complete the world’s first live urban art installation powered by blockchain.

Blockchain can produce a verifiable virtual identity for urban art that would be retained for all eternity. Since all relevant info pertaining to that piece of artwork is easily accessible, it will put an end to the risks of fraud and tokenization offers immense opportunity for street art to become highly valuable in the future.

Cutting-edge technology has been developed that will use drones to spray art on the walls in Roma Norte alongside Latin America’s most important art fair. Three artists have been selected to work with Drone Graffiti, including US artist Tom Edwards whose high profile farting unicorn image is not only seen on the screen of Tesla automobiles but is considered a symbol for artists rights in the digital age.

An emerging creative medium, Drone Graffiti embodies the ethos of urban art while offering new means of expression with a new aesthetic in places normally physically out of reach for artists, as well as a way for the artwork to be immortalized forever on the blockchain.

Street art is far from static — and often ephemeral, a race against the clock before building walls are ripped down, or detailed murals are painted over by the city or frustrated landlords, where these temporary works become nothing but a distant memory.  By leveraging core features of the æternity blockchain; public, decentralized, uncensored, transparent, distributed, these works of art can be archived and authenticated indefinitely, while making it accessible to a global audience.

“Urban art has always been a medium for expression, an artistic commentary on the state of the world, a progressive and innovative way to connect via images and words. Urban art also has the tendency to be ephemeral, painted over or otherwise destroyed by the powers that be. So built into the Drone Graffiti Project are ways to make urban art not only unstoppable but permanent and available to everyone, as the art will also be housed on the blockchain.”

Building the hardware and software needed for this project were æternity blockchain, Voliro AG, SPH Engineering, DRONEMASTERS and Mexico-based urban art legends All City Canvas, among others.

æternity managed the process of having the blockchain linked to the drones, but having them modified to be able to paint literally anything sent via an app was the work of SPH Engineering.