5 Cold Wallets To Safeguard Your Crypto In 2019

Safety is of the utmost importance in the cryptocurrency world. Since cryptocurrency assets are virtual, the methods of safeguarding the assets must be virtual also. Just like a physical wallet stores paper currency, a digital wallet is designed to store cryptocurrencies.

There are five different types of cryptocurrency wallets.

Why You Should Use Hardware/Cold Wallets:

Also known as “cold wallets,” hardware wallets offer the best method of safeguarding cryptocurrencies because they store crypto assets offline and literally put it in the hands of the owners.

Other wallet types are susceptible to hacking, phishing, and damage which can easily lead to a loss of funds. While people might choose other wallet types for cryptocurrencies they move or trade frequently, hardware wallets are ideal for long-term storage.

Hardware wallets are devices built to store users’ private keys securely. Most look like a USB drive and can be accessed via desktop apps.

There are several hardware wallets available today. Arranged in no particular order, here are the top five cold wallets to safely store your cryptocurrencies. 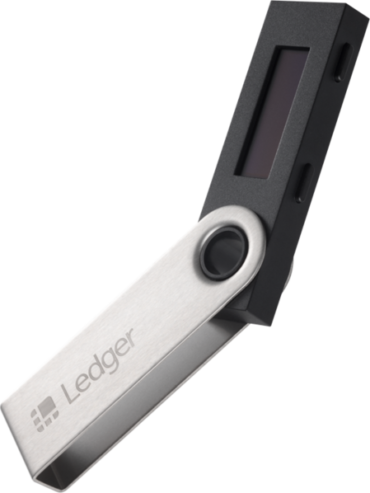 The Ledger Nano S is a USB-sized device (shown above), with a metal casing for heightened durability. The design is simple and compact, and it has a very easy-to-use interface. The device works through Ledger Live, a desktop app that allows interaction with the device.

The Ledger Nano S supports over 1,000 coins and tokens, including Bitcoin, Ethereum, Ethereum Classic, Litecoin, Zcash, Dash, Ripple, Dogecoin  as well as many  ERC-20 tokens. The Nano S can interact with online wallets such as MyEtherWallet, Mycelium, and Electrum.

The notable edge the Nano S has over other hardware wallets is the number of coins and tokens it supports and its extremely portable size.

The Ledger Nano S is very secure from hackers because of the physical buttons that have to be used for any transaction to be carried out, and it has an anti-tamper proof feature which checks the integrity of the hardware wallet every time it is powered on.

Ledger, the company behind this device, has been around since 2014. They use an open-source code and have shown stability despite the wide swings of the cryptocurrency market.

The Ledger Nano S is currently priced at about US$99.99. 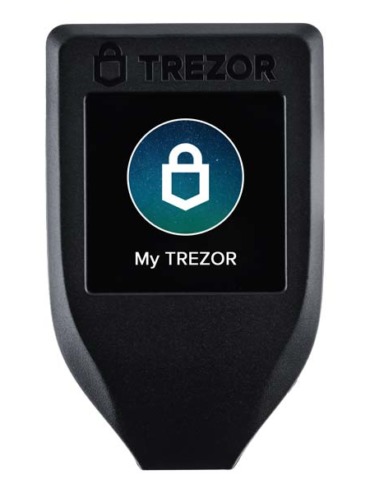 Trezor One was designed to store multiple cryptocurrencies offline in an easy-to-use format with two buttons and a screen. The Model T is an upgrade of the Trezor One, getting rid of the two buttons and becoming touchscreen with full color.

While the Trezor One is already comparable with the Ledger Nano S, the Model T is designed to be more secure with PIN entry, passphrase entry, and device recovery carried out on the device (and not on a computer or mobile).

The Trezor Model T comes with a magnetic dock (for definite safekeeping). It also has a seal that makes you know if the device has been compromised. 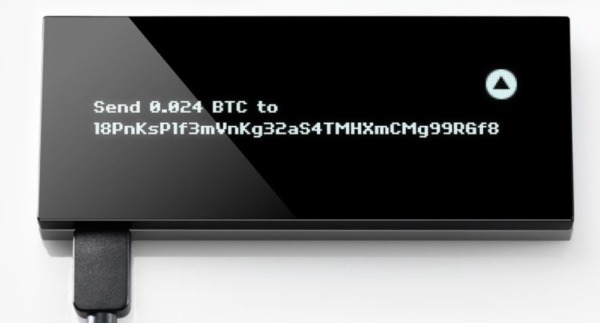 Launched in 2015, Keepkey is different in form and slightly larger than Trezor and Ledger (as can be seen above). Keepkey is a Hierarchical Deterministic (HD) wallet, which makes it optimal for generating and storing an unlimited number of keys.

Keepkey supports 54 coins, which includes Bitcoin, Ethereum, Litecoin, Dash, Dogecoin, Bitcoin Gold and several ERC-20 tokens. The wallet has a desktop client app which is used to interface with the wallet. The wallet has a large screen and requires no technical knowledge to use. 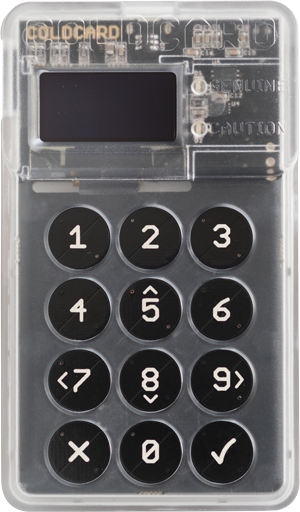 Coldcard is a Bitcoin hardware wallet that signs transactions and can be used offline.

It has some special features such as the ability to use it offline for its entire lifecycle, it’s secured with a crypto-security chip, and it accepts MicroSD for easy backup. The software is open-source, which means you can tweak it to your taste if you understand blockchain programming.

However, the device’s most amazing feature is that it requires no app or specialized software to function on computers and smartphones. It functions like an external storage device, and transactions are carried out by dragging files in and out of the wallet.

Another great feature of the wallet is the secondary wallet feature.

This creates another key, allowing for another wallet on the same device. This is useful in case of robbery or situations when the owner is under duress. The cryptocurrencies in the main account will remain secure, while those in the secondary wallet can be sacrificed for the situation at hand.

The Coldcard is currently valued at US$69.94 and can be purchased through the Coinkite store. However, it is important to note that Coldcard stores only Bitcoin. 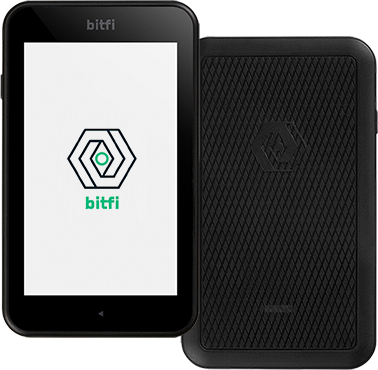 The Bitfi hardware wallet is a product of research on the best (or perfect) way to secure cryptocurrencies.

When new cryptocurrencies are added, the user simply sees it on the wallet.  The wallet requires no updates or downloads.

This means if the hardware wallet is stolen or seized, the assets in it cannot be extracted. Instead of storing the private keys, the Bitfi wallet calculates the private key via algorithm every time the user types in the passphrase.

The hardware also comes with a full-color screen that enables ease of use. Using the device platform is comparable to using an email platform. If the device is seized or lost, users can purchase a new device and continue using their original secret phrase, or alternatively use Bitfi open-source tools to retrieve their private keys and access funds.

Bitfi is operated by just one passphrase, which will be easy to commit to memory. A second anchor is requested, such as phone number or email, to ensure that no two persons have the same phrase.